Considered half European and half American, Montréal is a lively city with a strong mixture of French, English and various other cultures. Montréal is the second-largest city in Canada and the largest city in the Canadian province of Quebec. Originally called Ville-Marie, or “City of Mary”, the city takes its present name from Mont-Royal, the triple-peaked hill located in the heart of the city. Montreal is an historic, yet modern city that features many cultural and seasonal activities along with wonderfulattractions and fantastic festivals.

Montreal is a perfect blend of urban life and authenticity. It is also one of the world’s friendliest cities. Over the years, Montreal has received many tiles. Montréal is consistently rated as one of the world’s most liveable cities. It is known as a clean and pleasant city. Alongside the historic cityscape of “Old Montreal”, the city’s attractions include a strong arts community and a range of musical, cultural and seasonal festivals.

There are so many things that make Montréal unique. The city is filled with little treasures and well preserved pieces of history. Simply take a walk through the city of Montréal and you will start discovering pieces of the city’s marvellous history. Take a guided walk throughOld Montréal, the downtown core, or otherneighbourhoods, or visit one of the city’s manymuseums to learn more about its history. You can also take in stunning panoramic views from Mount Royal or have a picnic in Lafontaine Park. Whether you choose to head to Jean Drapeau Park, or have a relaxing picnic at the old port, you will have an unforgettable visit to this very special city.

Montréal is known as the city of festivals, the city of design, and a city of culture. Montréal is a multicultural city in which more than 120 cultural communities live. This makes Montréal an extremely diverse and culturally rich city. Every year, over 100 festivals and events take place in Montréal. More than half of these events are international festivals and some of the more popular events can gather well over 250,000 spectators. Three of the world’s biggest festivals take place in Montréal. Montréal’s International Jazz Festival, the Just for Laughs Festival, and theFrancofolies de Montreal alone attract more than 5 million festival-goers to Montréal every year.

Montréal is a city of international stature. Its summer festivals, restaurants and night life make it a popular destination for travellers from around the world. As a transport hub, Montreal has many direct flights to and from Europe, the United States, Latin America and other Canadian cities, and easy connections to many other flights originating from Toronto. Montreal is served by train and bus service from the United States and the rest of Canada and is an obvious starting point for international travellers who wish to visit other parts of North America. 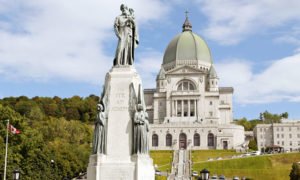 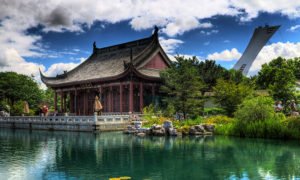 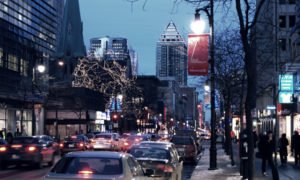