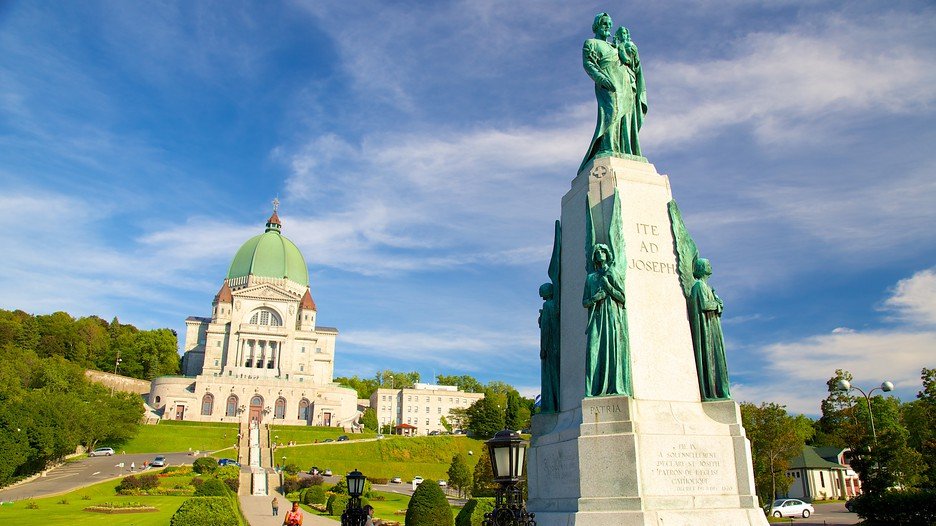 Fun fact: There are over 90 festivals that happen over the course of a year in Montreal. If you need help narrowing it down, we have you covered. Here at Expedia.ca, we love a good event, which is why we’ve partnered with Montreal Visitors Guide to present you some of the best festivals in Montreal.

Fun fact: There are over 90 festivals that happen over the course of a year in Montreal. If you need help narrowing it down, we have you covered. Here at Expedia.ca, we love a good event, which is why we’ve partnered with Montreal Visitors Guide to present you some of the best festivals in Montreal.

Trumpets blare, flutes tweet, and saxophones blow during the ever-popular Montreal International Jazz Festival. How big is it? According to Guinness World Records, it’s the largest jazz fest in the world, with roughly two million music lovers streaming into the city in late June and early July. This highly anticipated event brings out nearly 3,000 performers over the course of 10 days, on eight outdoor stages and 15 concert halls. Best of all, roughly two-thirds of the concerts are free to attend. Parc Jean-Drapeau on Saint Helen’s Island is the site of music and revelry each summer. Roughly 130,000 music fans flock to the park to see big-name acts like Jack White, Interpol, and Vampire Weekend. Over the course of the event, about 100 bands take the various stages, with lasers, mist, and beach balls adding to the atmosphere of the occasion. If you’re not sure where to wear your summer cut-off shorts and tie-dye tank top, this Montreal Festival is where it’s at.

It’s considered one of the most prestigious movie fests in Canada and attracts around 400,000 visitors. Each August, the Montreal World Film Festival hosts 70 countries with dramas and comedies, feature films and cinematic shorts filling up the screen. The jurors of the contest are selected based on their international status and pedigree of their work. Needless to say, a film that wins a prize at the Montreal World Film Festival is worth paying close attention to.

Most cities tuck in for winter, but most cities aren’t Montreal. One of the biggest highlights of the year is the Montreal en Lumiere festival, which takes place each February. The 10-day event features colourful displays of ice and snow against backdrops of pink and blue lights. There’s live music, hot food, and rides for the kids. You’ll also want to stick around for Nuit Blanche on the last weekend of the fest, when most of the activities are free, and the party lasts until the dawn’s light. Stretch those legs and toes, and get ready to participate in Montreal Bikefest! Take your pick of events. There’s the Tour de I’Ile de Montreal, with paths that stretch either 28 km or 50 km of closed-off city streets, depending on your expertise. There’s the Tour la Nuit, which is a costumed, nocturnal ride that spans 21 km under twinkling stars. And then there’s the Metropolitan Challenge, which is offered at the 75, 100, 125, or 150 km range, during which you can take it slow and stop for lunch or power straight through. With over 30,000 riders participating each year, you won’t be alone on the journey. This festival occurs at the end of May.

No matter the season, there’s always a festival waiting for you to experience in Montreal.