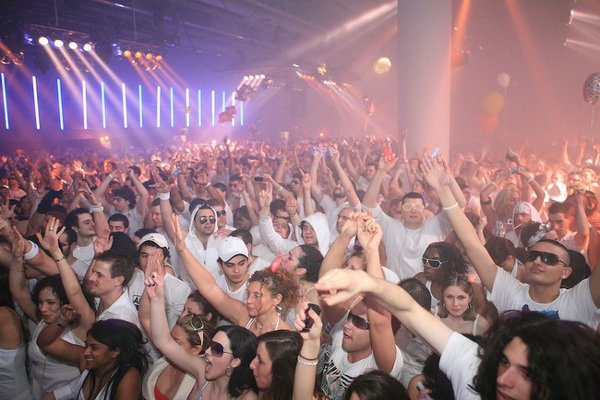 Montreal’s White Party Week (Le Bal en Blanc à Montreal) is a five night celebration that reaches its climax with the White Party (Bal en Blanc) rave. This five-day event occurs from Thursday to Monday during the Easter holidays. Held at Montreal’s Convention Centre (Palais des Congrès), the White Party Week features an impressive selection of international DJs and artists. Various special events and programs are held over the five day period. It is one of the most expressive, open and diverse events in North America.

The White Party (Bal en Blanc) is the main event of Montreal’s White Party Week. This mega-party, held on Sunday night is a 15-hour party that starts from 9 p.m. until noon the next day. This one-of-a-kind party, where everybody dresses in white, features the best in trance, techno and house music. Spectators let themselves go to the sounds of house and trance music. The party features sophisticated lighting and impressive layouts that produce a visually stunning experience. During the party, alcohol is served until 3 a.m. in the morning.

Catering to both gay and straight ravers, The Bal en Blanc features two rooms dedicated respectively to House and Tech/Trance music. Some of the most popular names in electronic music have appeared at Montreal’s White Party. This includes prominent international DJs such as Armin Van Buuren, Above and Beyond, Offer Nissim, Peter Rauhofer, Deep Dish, Tiësto, David Guetta, and many others.

An Important Spring Event In Montreal

Montreal’s White Party Week attracts more than 15,000 visitors to Montreal. Although the party caters to the LGBT community, anybody with an open mind and love for techno/trance music is welcome. The White Party has become the most important social and cultural spring event in Montreal. Various social activities also take place during the White Party.

Images of The White Party Week in Montreal 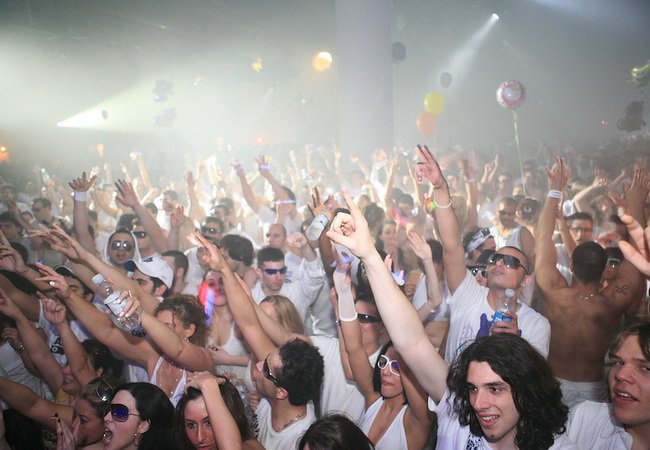 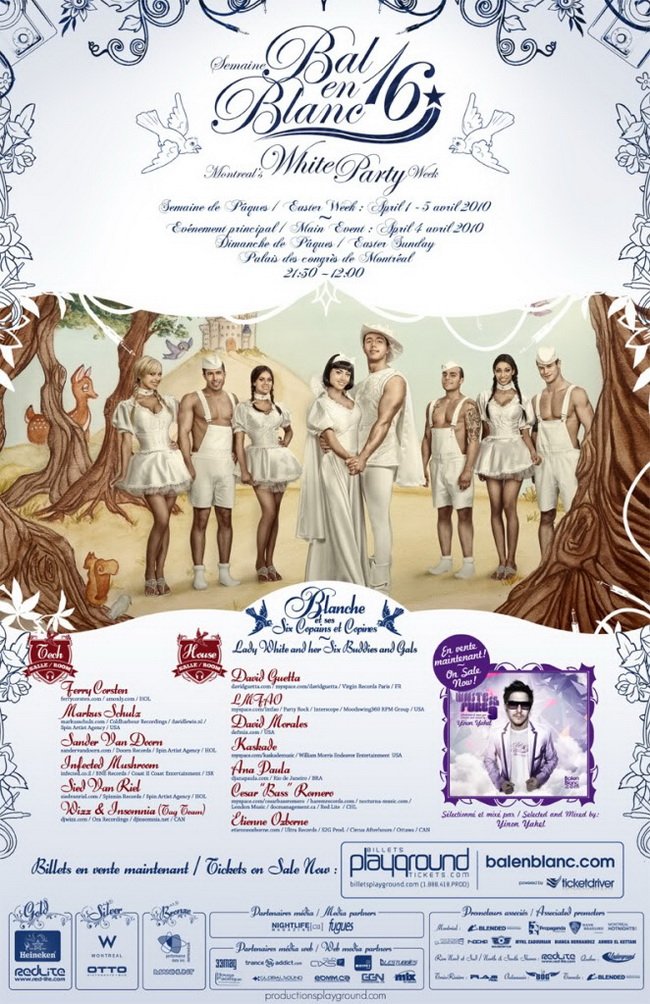